“Can investing in commercial real estate provide protection against inflation, and what impact do interest rates have on that dynamic?”

If there’s a topic you’d like to see us cover on Real Estate 360, drop us a line here.

As the events of 2020 have unfolded, governments and central banks around the world have been deploying measures to support economies impacted by the global health crisis. These policies can include increasing funding for small business loans and unemployment programs for example. This type of support helps economies stabilize during times of recession, but can sometimes lead to overheating of economies as they recover, which could eventually lead to inflation.

Why is this important for individual investors? Over time, inflation can eat away the real value of your portfolio in certain types of assets, such as fixed income or bonds. Other types of investments, such as real estate, have features that may protect its value against inflation. 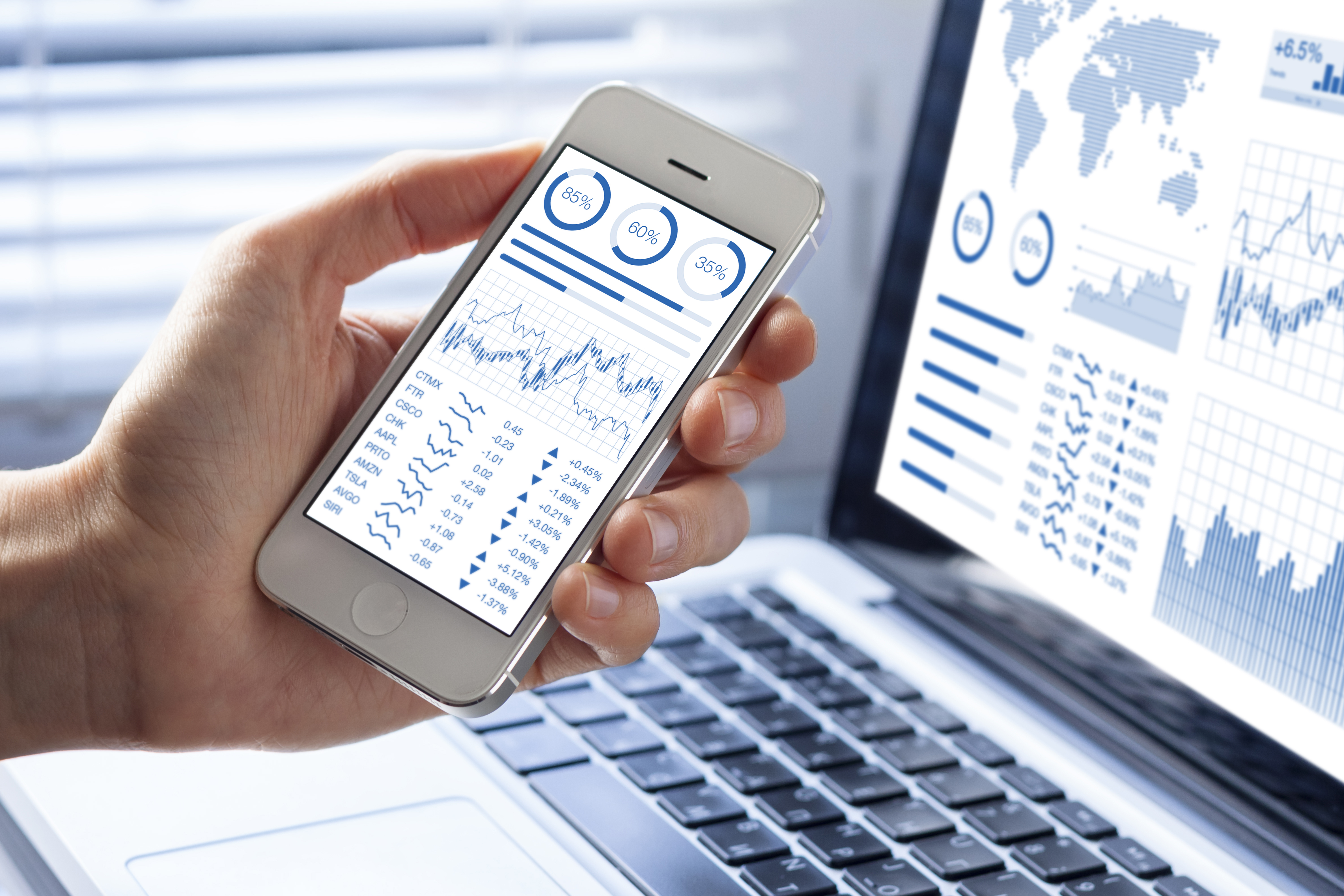 What is inflation and why does it occur?

Economic inflation refers to the increase in prices, or changes in the amount of money required to purchase a good or service in the market. The Consumer Price Index (CPI) is one of the most common measures of inflation. Published by the U.S. Bureau of Labor Statistics, CPI measures the change in price for a standardized basket of goods over time. Over the last 30 years, CPI has averaged 2.3% per year, with annual growth ranging from 6.1% to 0.1% per year.

To prevent prices from rising too much or too quickly, the United States Federal Reserve Bank and other global central banks monitor and implement monetary policy to target a sustainable and modest inflation rate. Measures taken in monetary policy include controlling the supply of money in the economy. Expansionary (or dovish) policies pump more money into the market with lower interest rates to stimulate economic growth. On the other hand, contractionary (or hawkish) measures remove money from the market and increase interest rates to restrict liquidity which put downward pressure on inflation.

Breaking down inflation and investing:

Maybe you’ve heard the concept of the time value of money, where “a dollar today is better than a dollar tomorrow.” Note that in this expression, the term “tomorrow” does not literally mean tomorrow, but represents any point in the future–let’s say one year from today for illustration purposes. Why is a dollar today better than a dollar a year from now? This time value of money concept recognizes the fact that inflation will make a dollar less valuable in the future than it is today as prices increase.

Think about it this way: using the actual historical CPI for general grocery items, a trip to the grocery which may have cost you $100 in 2010 would cost you $121.30 in 2020. From this you can see that each dollar buys you less than the year before, and since nearly all expenditures for goods and services are subject to inflation, you would require at least the same increase in your income/earnings just to stay even with inflation.

How does inflation impact different types of investments?

Now we can begin to explain the impact of inflation in reducing the real income or value on fixed income investments or bonds compared to investments that protect against inflation, such as variable rate investments, commodities and real estate.

As the name suggests, a fixed income investment such as a U.S. Treasury savings bond provides for a consistent, fixed cash flow yield throughout the term of the investment, rather than at a variable rate. Below we will examine how fixed income products are harmed by inflation from both and income and value perspective:

The above illustrates how fixed income products can be harmed by inflation.

Next, we will discuss how other types of investments, such as individual real estate assets or a Real Estate Investment Trust (REIT) portfolio, can act as an inflation “hedge.” Below we explain the fundamental reasons real estate investing may protect against inflation: 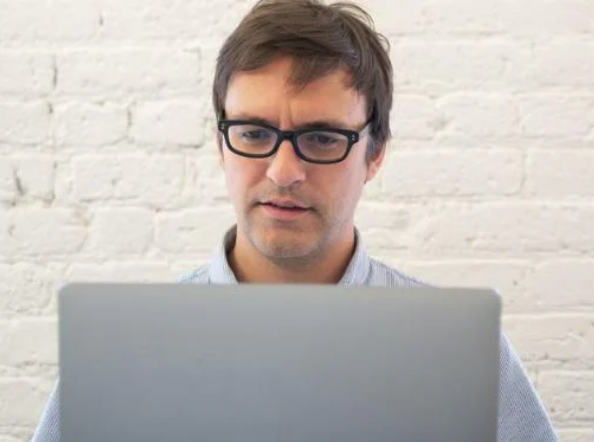 You may be familiar with the assumption that “real estate prices always increase.” While this is not an absolute truth (unfavorable market conditions can certainly cause real estate prices to decline), the general premise that, over time, real estate prices have tended to increase, has historically been true. This phenomenon can be explained by many different factors, such as increases in demand (renters, buyers), general value-creation (improvements to the property which impact desirability), and — you guessed it, inflation. It should be noted, however, there is no way to guarantee real estate prices will increase over any amount of time, or that an investment in any REIT will absolutely yield positive returns for the investor.

Similar in concept to other goods and services in the CPI, part of this upwards trajectory in real estate prices over the last several decades is due to price inflation. Why does price or value inflation occur in real estate? Remember that the most common approach to valuing commercial real estate is based on its current and projected net income, which means that a real estate investment, by its very nature of including annual rent escalations in the lease terms, can keep pace with inflation and preserve the real value of the investment’s income and overall value.

According to the National Council of Real Estate Investment Fiduciaries (NCREIF), the NCREIF Property Index (NPI), which includes both income and value growth, has exceeded inflation in 32 of 38 years of tracking private commercial real estate returns.

With the intrinsic value of real estate combined with annually adjusted lease terms and shared operating expenses that may increase a property’s net operating income over time, commercial real estate can help minimize the negative impacts of inflation as part of a diversified portfolio strategy. 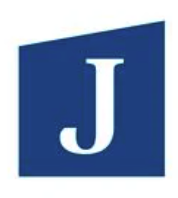 Consider diversifying your portfolio with commercial real estate.
By submitting this form, you agree to the Jamestown Privacy Policy and Term of Use and that you are a U.S. citizen and resident.

Educational Communication
The views expressed above are presented only for educational and informational purposes and are subject to change in the future. No specific securities or services are being promoted or offered herein.

Not Advice
This communication is not to be construed as investment, tax, or legal advice in relation to the relevant subject matter; investors must seek their own legal or other professional advice.

Performance Not Guaranteed
Past performance is no guarantee of future results. Any historical returns, expected returns, or probability projections are not guaranteed and may not reflect actual future performance.

Risk of Loss
All securities involve a high degree of risk and may result in partial or total loss of your investment.

Liquidity Not Guaranteed
Because of the illiquid nature of our shares, you should purchase our shares only as a long-term investment and be prepared to hold them for an indefinite period of time.

Jamestown nor any of its officers, directors, agents and employees makes no representations, express or implied, regarding the accuracy or completeness of this information, and the reader accepts all risks in relying on the above information for any purpose whatsoever. Any actual transactions described herein are for illustrative purposes only and, unless otherwise stated in the presentation, are presented as of underwriting and may not be indicative of actual performance. Transactions presented may have been selected based on a number of factors such as asset type, geography, or transaction date, among others. Certain information presented or relied upon in this presentation may have been obtained from third-party sources believed to be reliable, however, we do not guarantee the accuracy, completeness or fairness of the information presented.

Investing in investment vehicles on Jamestown Invest is speculative and involves substantial risks. The “Risk Factors” section of each offering document contains a detailed discussion of risks that should be considered before you invest. These risks include, but are not limited to, illiquidity, complete loss of invested capital, limited operating history, conflicts of interest, blind pool risk, and any public health emergency. In addition to the foregoing risks, the adverse economic effects of the COVID-19 pandemic are unknown and could materially impact such investment. Further, there is no assurance that any investment vehicle will be able to achieve its investment objectives or to access targeted investments like those identified. Prior performance is not indicative of future results.The properties listed here are not owned by or targets for current or future investment vehicles on Jamestown Invest. They are not representative of all current or future investment strategies and are not representative of the scale of investments that all current and future investment vehicles intend to make. This is intended to give readers of Real Estate 360 a better understanding of Jamestown’s approach and tenant successes, which all contribute to company culture.

IMPORTANT DISCLOSURES: No material on this webpage constitutes an offer to sell or a solicitation of an offer to buy any securities. Information on and photography featuring any real estate property or project is not intended to imply that such asset may be available for investment; pictured properties may be owned by investment funds sponsored by Jamestown that are closed to new investment. Certain information contained in this website may have been obtained from sources outside Jamestown, which in certain cases has not been updated through the date hereof. While such information is believed to be reliable for purposes used herein, no representations are made as to the accuracy or completeness thereof and none of Jamestown, its funds, nor any of their affiliates takes any responsibility for, and has not independently verified, any such information.

NOTICE: This site is operated by Jamestown, LP (“Jamestown”). By accessing this site and any pages thereof, you agree to be bound by the Terms of Use and that you have read and acknowledge the Privacy Policy.

Jamestown is not a registered broker-dealer. Jamestown does not give you investment advice, endorsement, analysis or recommendations with respect to any securities. Nothing within this website shall be deemed to constitute financial or other professional advice to you in any way. All investors must make their own determination of whether or not to make any investment, based on their own independent evaluation of the investment and their risk tolerance.

Neither Jamestown nor any of its officers, directors, agents and employees makes any warranty, express or implied, of any kind related to the adequacy, accuracy or completeness of any such information on this site or the use of such information on this site. This website is only suitable, intended and available for residents of the US who are familiar with and willing to accept the risks associated with private investments and able to bear the loss of their entire investment. This website is not intended for use by any person or entity who is a citizen or resident of or located in any jurisdiction where such distribution, publication, availability or use would be contrary to applicable law or regulation or which would subject Jamestown to any registration requirement within such jurisdiction.