Jamestown has long recognized the importance of community and sustainability to its business. Simply put, healthy communities add value to our properties. As part of this commitment to sustainability and social responsibility, Jamestown supports two significant greenway initiatives in Atlanta and New York City: the Atlanta BeltLine and the High Line.

The Atlanta BeltLine will ultimately connect 45 neighborhoods to Southern Dairies @ Ponce City Market, and Ponce City Market, owned and managed by Jamestown. Both of these properties are located on the completed Eastside Trail. In New York City, the High Line passes directly through Chelsea Market, which is managed but not owned by Jamestown, on its nearly 1.5-mile route along the West Side.

Over the last 20 years, the Atlanta BeltLine has grown from an idea to rapidly materializing reality due to significant investment from the City of Atlanta and private sector sponsorships. The Atlanta BeltLine is one of the largest and most wide-ranging urban redevelopment programs in the United States, and the largest ever undertaken in the city of Atlanta, with multiple high-impact project goals, including:

Public art is an important component of the project, with more than 450 art installations and live performances spanning seven miles of trail on the east and west sides of Atlanta.

At its current stage of development, the BeltLine has delivered 33% of its proposed 33 mile network of multi-use trails. More than 2 million people visited the Atlanta BeltLine’s trails in 2018, indicating the popularity of alternative transit options and green spaces. Six trails are open, including the Eastside Trail, which passes by Southern Dairies @ Ponce City Market and Ponce City Market.

Jamestown is a financial supporter of the BeltLine, having committed over $500,000 over a five year period in addition to an in-kind donation valued at $228,000 to the BeltLine for the Atlanta Regional Commission’s Livable Centers Initiative project. Jamestown’s Ponce City Market has contributed to several BeltLine initiatives, including: 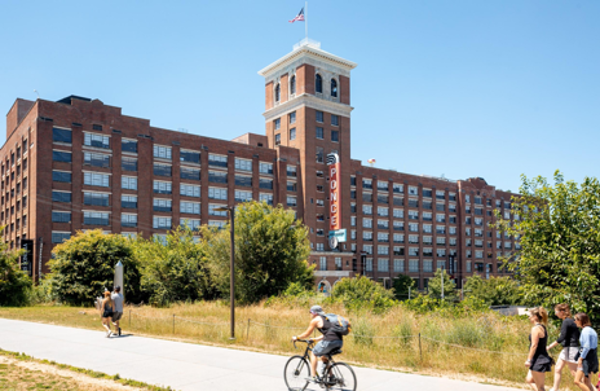 Jamestown CEO Matt Bronfman serves on the board of the Atlanta BeltLine Partnership.

Originally built as the “West Side Elevated Line” in 1933, the elevated railway carried millions of tons of meat, dairy, and produce up and down New York City’s West Side along 10th Avenue, even cutting through buildings, including the Nabisco factory, today’s Chelsea Market. The rail line fell into disuse by the 1980s and the structure was left to itself, overgrown and inaccessible. In 1999, Friends of the High Line was founded, a non-profit conservancy dedicated to the preservation and reuse as a public space of what had become a garden of wild plants. Between 2004 and 2006, CSX Transportation donated ownership of the structure to the City of New York and the area was rezoned for use as a public park. In 2009, the first segment of the High Line opened to the public, with a second section opening in 2012, and the third following in 2014. The 1.45-mile-long greenway features over 500 species of plants and trees, site-specific artworks, and open-air performances.

An Ideas Competition launched in 2003 brought awareness to the project and generated over 700 entries from 36 countries. In 2004, the team of James Corner Field Operations, Diller Scofidio + Renfro, and Piet Oudolf won the Design Competition that then awarded them the project. The design work, community input, preparation, and construction of each section of the High Line took two years to complete. Design features include overlooks, plazas, a woodland, passages through buildings, including Chelsea Market, seating, and areas for play. At the southern end of the trail at Gansevoort Street, the Tiffany & Co. Foundation Overlook sits east of the Whitney Museum of American Art and the offices of Friends of the High Line. At the northern end at 34th Street, the Interim Walkway brings the High Line to street level, making it an easy access point from the nearby subway and bus lines.

The success of the High Line’s redevelopment has extended beyond the project itself in the establishment of the High Line Network, a group of infrastructure reuse projects that leverages the knowledge of its members to create truly equitable public spaces that benefit cities socially, environmentally, and economically. The Sustainable Gardens Project supports innovative urban gardening projects focused on cultivating pollinator plants across New York City.

Jamestown’s President, Michael Phillips, is a member of the Board of Directors for the High Line, and Jamestown is a supporter through annual giving. With offices at Chelsea Market, Jamestown’s New York-based employees are well-acquainted with the benefits of the High Line as a convenient greenspace and venue for public programming.

Jamestown supports the goals of both these initiatives as they complement our own Guiding Principles as an organization:

These principles guide us as we build a best-in-class real estate investment management company, resulting in a stable and thriving organization for the long-term benefit of our employees and investors. 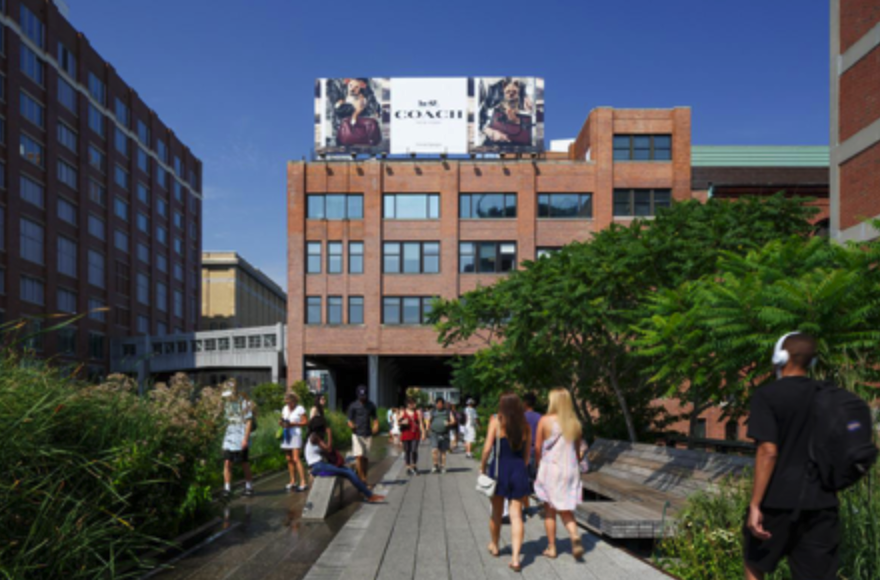 Consider diversifying your portfolio with commercial real estate.
By submitting this form, you agree to the Jamestown Privacy Policy and Term of Use and that you are a U.S. citizen and resident.

Educational Communication
The views expressed above are presented only for educational and informational purposes and are subject to change in the future. No specific securities or services are being promoted or offered herein.

Not Advice
This communication is not to be construed as investment, tax, or legal advice in relation to the relevant subject matter; investors must seek their own legal or other professional advice.

Performance Not Guaranteed
Past performance is no guarantee of future results. Any historical returns, expected returns, or probability projections are not guaranteed and may not reflect actual future performance.

Risk of Loss
All securities involve a high degree of risk and may result in partial or total loss of your investment.

Liquidity Not Guaranteed
Because of the illiquid nature of our shares, you should purchase our shares only as a long-term investment and be prepared to hold them for an indefinite period of time.

Information on and photography featuring any real estate property or project is not intended to imply that such asset may be available for investment; pictured properties may be owned by investment funds sponsored by Jamestown that are closed to new investment.

Jamestown nor any of its officers, directors, agents and employees makes no representations, express or implied, regarding the accuracy or completeness of this information, and the reader accepts all risks in relying on the above information for any purpose whatsoever. Any actual transactions described herein are for illustrative purposes only and, unless otherwise stated in the presentation, are presented as of underwriting and may not be indicative of actual performance. Transactions presented may have been selected based on a number of factors such as asset type, geography, or transaction date, among others. Certain information presented or relied upon in this presentation may have been obtained from third-party sources believed to be reliable, however, we do not guarantee the accuracy, completeness or fairness of the information presented.

IMPORTANT DISCLOSURES: No material on this webpage constitutes an offer to sell or a solicitation of an offer to buy any securities. Information on and photography featuring any real estate property or project is not intended to imply that such asset may be available for investment; pictured properties may be owned by investment funds sponsored by Jamestown that are closed to new investment. Certain information contained in this website may have been obtained from sources outside Jamestown, which in certain cases has not been updated through the date hereof. While such information is believed to be reliable for purposes used herein, no representations are made as to the accuracy or completeness thereof and none of Jamestown, its funds, nor any of their affiliates takes any responsibility for, and has not independently verified, any such information.

NOTICE: This site is operated by Jamestown, LP (“Jamestown”). By accessing this site and any pages thereof, you agree to be bound by the Terms of Use and that you have read and acknowledge the Privacy Policy.

Jamestown is not a registered broker-dealer. Jamestown does not give you investment advice, endorsement, analysis or recommendations with respect to any securities. Nothing within this website shall be deemed to constitute financial or other professional advice to you in any way. All investors must make their own determination of whether or not to make any investment, based on their own independent evaluation of the investment and their risk tolerance.

Neither Jamestown nor any of its officers, directors, agents and employees makes any warranty, express or implied, of any kind related to the adequacy, accuracy or completeness of any such information on this site or the use of such information on this site. This website is only suitable, intended and available for residents of the US who are familiar with and willing to accept the risks associated with private investments and able to bear the loss of their entire investment. This website is not intended for use by any person or entity who is a citizen or resident of or located in any jurisdiction where such distribution, publication, availability or use would be contrary to applicable law or regulation or which would subject Jamestown to any registration requirement within such jurisdiction.